Why Even Bright, Friendly People Misunderstand You 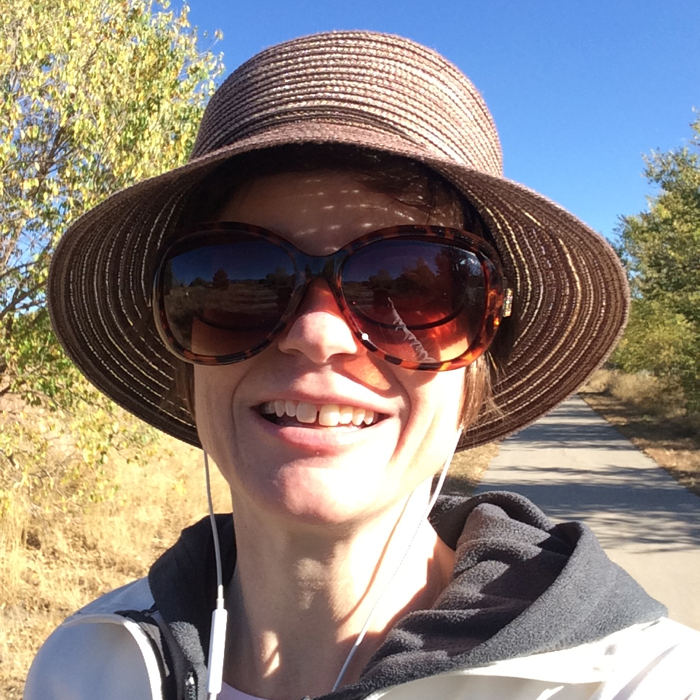 Remember the last time you were misunderstood? I can tell you why it happened.

But first, a story.

I'd finished an episode of the Truth and Justice podcast earlier on my walk, and was approaching home when I saw my neighbor Ron in his driveway.

Ron's a smart, friendly, guy in his seventies with whom I converse about the neighborly basics: the weather, the tasks we're doing outside, and how much I envy his neat-as-a-pin garage.

This particular day, Ron was talking with another neighbor I didn't know who apparently lives a couple blocks away. I said hello, and joined their chit-chat.

We all awed at the towering tree that had gone from green to a bright red. The two of them explained how they'd been neighbors in a whole different neighborhood prior to this one. Ron talked about the progress he was making on re-flooring his bathroom.

After covering the basics, the conversation turned to the hot gossip topic from the summer.

Hoards of those slender, butt-dragging hoverers had taken over our neighborhood.

The neighbor from down the street hadn't had much of a problem with them, which apparently was Ron's cue to highlight exactly how bad things had been in our neck of the woods.

"Yep," I confirmed, "there were six that got inside."

Further emphasizing his point he gestured toward me again, "And she even got stung by one!"

I was beginning to feel a bit like his hype-gal as I nodded, "Yep, sure did. Right here," I said pointing to my eyebrow.

The woman gasped. While I hadn't thought it was that strange to get stung by a wasp, considering the thousands that had been flying around, she looked troubled.

Then Ron said something interesting.

"I used to see her (nodding in my direction) out walking every day when I'd ride my bike, but after that (wasp sting), I didn't see her outside anymore."

Ron's tone indicated there was something more to what he was saying, and it took a second to dawn on me.

Oh! He thought I'd stopped going on walks because I'd gotten stung by the wasp! It wasn't true, but with a bit of reflection I could see how he'd arrived at the flawed conclusion.

Let's unearth how he got there, because the reason my neighbor misunderstood me is the same reason people misunderstand you.

Ron's observation was this: "I haven't seen her out walking since she was stung by the wasp."

True! We had not seen one another since I'd gotten stung. An accurate observation.

The mental exercise of observing is what people get right almost all of the time. It's the stuff we see and hear, so it's pretty hard to mess up.

Ron's interpretation of what he had observed was this: "She's not going walking because she's avoiding the wasps."

While it was a fact that Ron hadn't seen me much after The Sting, he rushed and landed too quickly on what was only one of a number of possibilities for why he hadn't seen me. This is why people almost always misunderstand you. They hastily land on one reason for your motive instead of seeing it as merely one possibility.

Let's consider some of the reasons Ron could have entertained when pondering why he hadn't seen me much post-sting:

An abundance of possibilities!

The actual reason my neighbor hadn't seen me when he'd been riding his bike was threefold:

Of course Ron hadn't seen me! We hadn't crossed paths very frequently prior to my getting stung, I was rarely outside because of the virus, and when I did go for a walk, it was at a different time than the few times Ron and I had seen each other earlier.

Now, obviously he didn't know I had a virus or that I was walking earlier in the morning, but that's exactly the point. He drew a conclusion without all the information.

And that's what's happening when people misunderstand you also.

They've drawn a conclusion about your motives, what you think, or how you feel because they arrived at an interpretation before taking into consideration all of the possible reasons you did what you did. They assumed they knew everything there was to know. Or, they considered some possibilities and simply landed on a flawed conclusion without checking it out with you first. Which lands you in the situation of being misunderstood.

And while it wasn't a big deal to have either of my neighbors thinking I hadn't been outside because I was avoiding the wasps, there are times when the stakes are higher. For instance:

Most people have astute — impeccable even! — observations about you what do or say. And while the majority of people don't set out to misunderstand you, when someone engages in a rash interpretation of your behavior without thoughtfully considering options behind why you did what you did, their mental GPS will typically send them to the destination of an inaccurate conclusion, leading you to the place of being misunderstood.

Next3 Reasons People-Pleasers have so Little Time and Energy